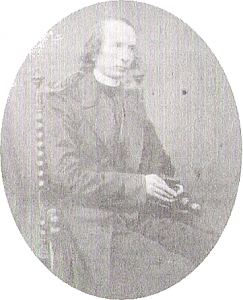 Italian physicist Giovanni Caselli is the one who perfected the previous works of Alexander Bain and Frederick Bakewell, creating the first practical “all-purpose telegraph”.

While Giovanni Caselli initially studied literature, history, and religion, political circumstances forced him to move to Florence where he started his career as a physician. His studies focused on magnetism, electromagnetism, and electrochemistry. His studies and work as inventor took him across the Europe and parts of Asia. He died of old age in Florence, after giving up on his life as an inventor.

Originally a theoretician, Giovanni Caselli was very interested in methods for transferring electric signals across the vast distances, so he spent a lot of time taking basic concepts Alexander Bain and Frederick Bakewell set and trying to improve on them with contemporary scientific solutions. His pantelegraph was pretty similar to Frederick Bakewell's, using a tin foil and a stylus that transferred the information of where the conductive ink is and where isn't into electromagnetic signals. He worked out a more reliable way of keeping the clockwork apparatus better in sync over longer distances, which resulted in his invention being used as a network between Paris and Marseille, London and Liverpool, and, eventually, Saint Petersburg and Moscow. His facsimile machine is the first one to be used to this extent and was used until the other facsimile inventions with were much more reliable took over.