Even before the internet was used to transmit the amount of data it does today with ease there was a need for binary information to be transmitted over long distances, and, if possibly, real time. That's why Infolmaging Technologies developed a piece of Windows software designed to transfer full programs using Fax. The process was unreliable at best – it involved printed binary information being scanned by the sender's fax machine, being sent over the fax, being printed on the other end and then scanned directly into their software which would transmit it back into digital form. There were many moving parts with a lot of rooms for problems, and each page transmitted carried about 50kb of data. 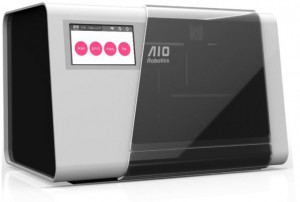 The rapid expansion of 3D printing and 3D scanning technologies led to a simple conclusion – there may be a need for 3D faxing. Models like Zeus from AIO Robotics allow for scanning an object, digital transfer to a remote Zeus model and immediate printing, which is pretty much 3D faxing.

Previous rapid expansion of faxing was driven by the need for immediate business correspondence, and this method of faxing is not immediate and doesn't have a business niche, so it's not very likely to revitalize faxing, but is an interesting modern feature of a facsimile machine.